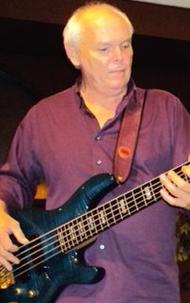 Isaiah started his musical journey during Middle School, where he learned the basics of percussion and symphonic style music.  During High School, he became addicted to music when he was introduced to marching band and drum set playing. While attending college, he became more interested in the smaller band gig scene and in due course found UPHILL. His influences include Stewart Copeland, John Dolmayan, and Carter Beauford, but more important to him are the local drummers from whom he has learned the most.

Uphill plays blues straight out of the Swampland. With a mix of original blues and revitalizing versions of lost classics from Chicago to the Delta, Uphill has brought their own Carolina tang to the table since 2005. 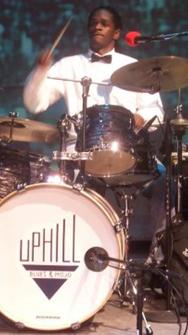 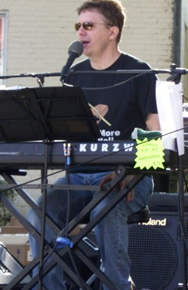 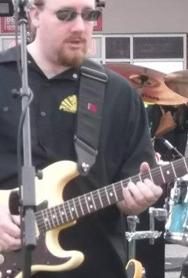 Adam "Deacon Blues" Nixon is a North Carolina native. His father being a pastor, he spent much of his formative years in the church. Musically, he was brought up in the traditions of country and southern gospel. An initial desire to write songs and accompany himself led to his playing taking on a voice all its own. After a time of playing country music, he fell in love with the blues: the beginning of a voyage that led him to become the “journeyman of the modern age” he is today.
Today, UPHILL is the home of the Deacon. He writes: "The blues is in me; I'm not out there because I want to follow a trend. This music is a vocation: I have to play it."  A regional fixture, Deacon has often been a featured performer on harmonica, guitar and vocals with popular bands including

Sonny grew up in “an extremely ‘churched’ family,” where his parents were part of a local southern gospel quartet. His mother played and taught piano and organ; his father was a self-taught finger style guitar picker.  This meant he was taught three names very quickly: Chet Atkins, Merle Travis and Les Paul.  Sonny began playing bass in 1975, and within months joined a popular southern gospel quartet where he played for 20 years, occasionally joining in with numerous other groups.  He is thrilled to be a part of UPHILL and “living life in the low frequencies.” 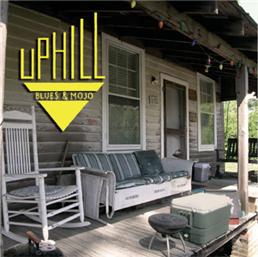 Chris “Catdaddy” Palestrant has been playing the keys since he could reach them.  He was raised in New York City listening to music by Bach, the Beatles, and from Bali, and became passionate about “any type of music where I can hear the musicianship”.  Chris earned a doctorate in composition from the Peabody Conservatory of Johns Hopkins University in Baltimore, and teaches music theory at Elizabeth City State University.  Chris has given multimedia presentations around the world on blues styles and film music.  He performs regularly a solo show, “Rare, Kickin’ & Classic” on keys, vocals, and melodica, and is often seen sitting in with area groups and playing as an Americana duo with his UPHILL bandmate, the Deacon.